EF is proud to announce the first close of its new Global Fund amounting to $115 Million. This will allow us to continue funding even more incredible individuals from all over the world to build game changing companies. Juwon Lee, HK1, is one of our most exciting founders from our first Hong Kong cohort and is currently working on building AI enabled software to automatically generate guides in science for metal forging.

What the most ambitious people choose to do with their lives has a profound impact on society, the economy and culture — and it’s changing, fast. At Entrepreneur First, we believe that building technology startups will become the default career path for the world’s most ambitious people and Juwon Lee from our first Hong Kong cohort is a perfect example of this trend. Rather than finishing her degree at university and getting a highly paid job at a tech multinational, Juwon chose to found a high-impact company and is exactly the type of exceptional individual whose efforts we’re proud to amplify from the very beginning of their journey.

Juwon grew up in Seoul, South Korea, one of the world’s most technologically advanced and digitally connected cities. Since the 1960s, the Korean economy has grown rapidly from wide-scale industrialisation and the development of Chaebol corporations such as Samsung and LG, and Juwon’s grandparents and parents were part of this wave of unprecedented technological development. Her father is a hardware engineer, and mother works in Finance doing computational investments. Therefore, Juwon grew up immersed in technology — whether it was conversations about software development at the dinner table with her mother or playing with her father’s hardware stray parts, which were always lying around the house.

Juwon had an urge to build things from a young age but hardware electronics like circuit boards and other components are expensive, which would have made young Juwon’s desire to tinker and experiment a very expensive one for her parents. So she taught herself to code, starting off by building some basic websites and advancing to more and more technically complex projects.

Unlike most Korean students, Juwon didn’t go the traditional route of studying for the notoriously brutal set of university entrance exams known as the Suneung. She instead attended an international high school that prepared students for the American university system. Without the need to study as intensively as some of her peers, she had the time to work on side projects and develop her skills.

One of her earliest projects came from the desire to solve a problem of her own. “I’ve always had a lot of ideas,” Juwon explains.

“So I’d always be saying — ’I want to patent this, I want to patent that.’ But the process of doing the research to find out if my idea had already been patented or not was always long and drawn out.” So Juwon built a simple piece of software using natural language processing that helped people wanting to file patents by calculating the distance between patent description documents, reducing research time by an order of magnitude. This experience of solving a real world problem with something she’d built stuck with Juwon and gave her the confidence and momentum to take on more difficult tasks.

After graduating from high school, Juwon joined the University of Hong Kong to study computer science and used her holidays to get as much experience of the working world as she could. She took on a number of internships — working as a software development intern at Société Générale in Hong Kong and as an IT Consultancy intern for 4 months in China — and while she learned a lot from these experiences, she always felt frustrated by the lack of ownership she had when working under someone else. “I would always have this feeling that I would be putting in more effort and doing much better if I was working on something of my own.”

These experiences as an intern galvanised Juwon’s belief that she wanted to start her own company. She spent a lot of time hanging around the entrepreneurship centre at university, attending events and brainstorming ideas with other actual and aspiring entrepreneurs. Then one day, her friend who worked at the centre mentioned Entrepreneur First and that the program was starting in Hong Kong — and Juwon was immediately interested. “It seemed like the perfect environment for me to get started,” she says, and after doing her research she applied and was accepted to the first Hong Kong cohort.

The decision to take a gap year and drop out of university to do the program wasn’t an easy one for Juwon, but she knew that sooner or later starting a company was something that she wanted to do — so why wait? “I knew I was going to do a startup at one time or another,” she says “and while I definitely didn’t expect to do something this soon, the opportunity presented itself and I just thought “why not now?”

Juwon is precisely the type of individual who in years gone by would have gone into finance like her mother or big tech like her father. In the past, that may well have been the best use of her remarkable skill set. But in the 21st century, there’s only one option for the world’s most ambitious individuals — building a globally important tech company — and we’re delighted that Juwon has decided to do so with us.

At EF, we want our founders to build world changing companies because the opportunity cost of not doing so is too great. If you want to scale your ambition like Juwon and build a world changing company, apply now for one of our next cohorts in London, Berlin, Paris, Singapore, Bangalore or Toronto. The Case for Decentralised Finance How to acquire over 100,000 Gen-Z investors in 6 days of launching a game-based investment app An Innovative Engineering Twist for Sustainability How the pandemic jumpstarted this CTO’s lifelong entrepreneurial dream

Fresh air in an old industry: How these entrepreneurs are using AI to transform logistics

Building a company people want to work for Portrait of a founder: Yassine Tahi, CEO of Kinetix The Power of Possibility – Poonkodi Sampath From Beirut to Biosensors – Joanne Kanaan Shooting for The Stars  -  Rohit Jha 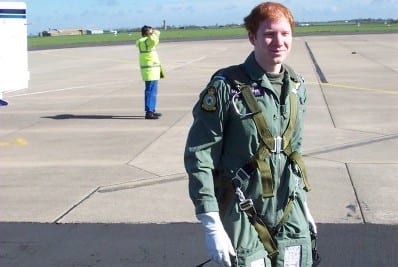