Transcelestial and Open Cosmos are building companies that can fulfil space missions based on nanosatellite platforms and enable global high speed internet via satellites. By building tools and platforms that will make access to space cheaper and faster, a small group of startups are turning this industry on its head and ushering in a new golden age of space.

Featured in this episode

What key milestones have their companies achieved recently: In March 2021, Open Cosmos launched 2 satellites and they are currently providing connectivity to customers [2:50]. Transcelestial is now providing broadband-level internet connectivity to tens of thousands of customers [4:00].

Choosing space and entrepreneurship: From his time at Airbus, Rafael saw space and space technology as being fundamental to global data sets and to provide global connectivity and this was one of the biggest problems out there to solve [6:58]. He didn’t necessarily see himself as an entrepreneur but he saw a problem he had an obligation to solve.

Founder characteristics among entrepreneurs: Obsessional problem solving is a characteristic we see a lot at Entrepreneur First and Raf certainly fits into that category [8:14]. Being unwilling to let things go until they’re working as they should be is an important psychological driver for many of EF’s founders. Rohit believes that entrepreneurship springs from his core personality traits of being extremely uncomfortable with the status quo [8:34], which was a formative part of his life.

Founding the team with Entrepreneur First’s platform: As a software engineer, Rohit needed a physicist to execute on the idea using lasers for interpropulsional communication [11:16] and meeting Danesh at Entrepreneur First was a perfect fit. For Rafael though, what he wanted in a co-founder wasn’t actually what he needed [13:00]. He learnt though that his expectation of finding a co-founder who came from the space industry was not as important as finding someone who was complementary in terms of skill sets, and this person was Han [13:00].

Entrepreneur First helped drive a sense of urgency: The environment of ambition and speed working alongside other Entrepreneur First teams pushed Rafael and his co-founder to achieve milestones much more quickly than other space companies before him [14:45].

Space progress and innovation is increasingly driven by private companies and startups: Right now space is in the public consciousness in a way it hasn’t been for many decades. What’s new today is that it’s private companies, like SpaceX, Blue Origin and Virgin Galactic, rather than governments, that are driving innovation forward [15:05]. There has been a paradigm shift around development cycles in the last decade [15:45], with private companies focusing on moving faster, reducing the amount of redundancies while accepting a certain level of risk, and the miniaturisation of electronics has allowed for development to happen at a more cost-effective and faster pace. This has become a virtuous cycle and increased the speed of delivery to customers, making the space industry improve its perception as being commercially useful [17:15].

The AWS-ization of space, making space cheaper and faster: Space has a lot of parallels with the computer industry evolution when we moved from mainframe to desktop PCs together with the Internet [19:00]. Supply chains are diversifying and more companies spring up to build individual components [20:00]. Every single vertical of space is an opportunity for the next unicorn [21:00].

Building a global winner from anywhere (outside the US): For Open Cosmos, they found that the heavy regulation in the US would have restricted their vision on a global level [22:30]. In the UK and Europe, they had a very collaborative ecosystem, supportive government, and could access funding for a capital-intensive business like theirs [22:40]. For Transcelestial, Southeast Asia allowed them to maximise their impact due to the density of the customer. Singapore is highly livable and made it easy to attract talent, and also allowed them to focus on company-building away from the distractions of Silicon Valley [24:25].

Entrepreneurs will drive the winds of innovation and change in space: Elon Musk, Jeff Bezos and Richard Branson as some of the most successful digital entrepreneurs [27:20]

As companies scale, their roles have changed, including hiring people better than them: Rafael realised that he had to bring people much more experienced than him [29:00]. Rohit and Danesh used a filter when hiring, which is if things were reversed, would they work for this person [31:30]? For technologically complex companies, both founders need to be able to spend deep amounts of time on the technology [32:40], but over time, strategy and execution need to be managed separately, with the CEO playing a key role in driving this execution. Rohit’s sees his key roles right now ensuring sure they hire the best people for the company, the right product is being built and the right resources are being allocated [33:30].

Advice for future entrepreneurs: Rafael advises founders to start and go fast [38:00], Rohit believes founders need to be excited about changing the status quo [39:00], spend as much time working on their idea, and have the resilience to persist through the rejections. 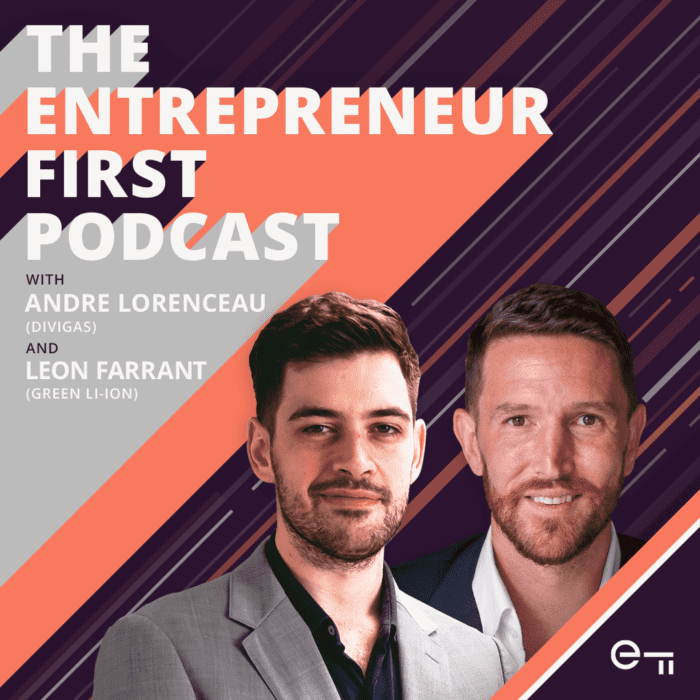